The legacy of training in Finance Department starts way back in the 1970’s. As in the case of all innovative initiatives, it was the Finance Department, who put the first step in computerization of government departments in the state. During 1976, Finance Department, in association with the computer centre of University of Kerala began the Data Processing Centre as a wing of the department, to carry out the data processing works in Government, especially those related to finance and accounts. Most probably it is one of the initial landmarks in the very beginning of the use of Computer Technology for governance in Government not only in our state but in entire India. The centre was established at the DPC Building owned by Finance Department, situated inside Kerala University Office Campus. This was the only data processing facility in government during the eighties and nineties. Later when government departments started computerization, the role of the centre also changed. 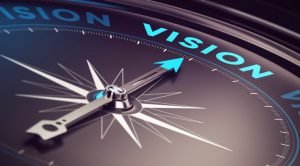 The centre began giving technical consultancy and training for their computerization projects. Extensive training programmes were undertaken at this centre in computerization, financial management and budgeting. A stand-alone facility of Training Centre in Finance Department, Government of Kerala was established in the year 2010 by virtue of GO(MS) No. 537/2010/Fin dated 14.10.2010. The main aim is to impart financial management related training to the staff of Finance Secretariat, staff of its four line departments (viz Treasury, Kerala State Audit Department, State Insurance and National Savings) and the employees of all other departments who handle the work of planning, budgeting, accounts, internal audit etc. A lifelong learning concept based on training and development strategy is approved as the motto of the centre and the training needs analysis has been conducted based on this strategy vide GO(Ms) No.237/10/Fin dated 16th April 2010. On 10.04.2012, Hon’ble Minister for Finance, Government of Kerala inaugurated the expansion activities of the Training Centre with the new name “Centre for Training in Financial Management (CTFM)” as declared in the budget speech 2012. And now Finance (CTFM) Department is the Administrative Unit of the Centre for Training in Financial Management in Finance Department. We have conducted a detailed Training Need Analysis and shortlisted topics for developing courses for the Finance Secretariat Officers and others. Based on the TNA, the Training Centre has constituted academic committees with experts in the fields to develop courses on various topics.